Sometime in the 1990's, I bought an extremely politically incorrect lamp at Ruby Montana's Pinto Pony store in Seattle. It had a crazy lampshade and I didn't know anything about it other than I thought it was hilarious. It never occurred to me that it was a famous design. 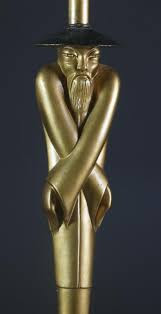 In 2014, I was having a conversation with a museum director and he mentioned Viktor Schreckengost and his famous Jazz Bowl. I didn't know this work so I went to the Internet and there it was along with a lot of other information about this amazing artist and industrial designer as well as an image of my lamp! 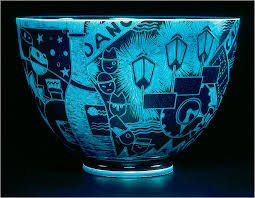 The Jazz Bowl was created at the request of Eleanor Roosevelt who at the time was first lady of the state of New York.

"Every adult in America has ridden in, ridden on, drunk out of, stored their things in, eaten off of, been costumed in, mowed their lawn with, played on, lit the night with, viewed in a museum, cooled their room with, read about, printed with, sat on, placed a call with, enjoyed in a theater, hid their hooch in, collected, been awarded with, seen at a zoo, put their flowers in, hung on their wall, served punch from, delivered milk in, read something printed on, seen at the World's Fair, detected enemy combatants with, written about, had an arm or leg replaced with, graduated from, protected by, or seen at the White House something created by Viktor Schreckengost." 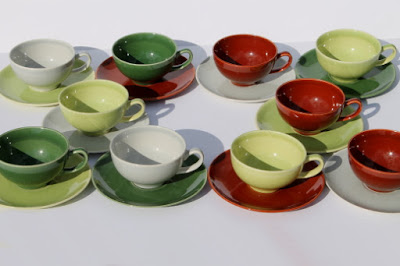 Recently I was asked to choose a work of art currently on display at the Renwick Gallery of the Smithsonian American Art Museum and make a video about how it related to my necklace, The Family Reunion, which is also on display there. I was drawn to Viktor Shreckengost’s ceramic sculpture, Apocalypse ’42, because, like my necklace, it addresses conflict. Shreckengost made this piece in early 1942 shortly after Pearl Harbor was bombed. A few months after he finished the sculpture he enlisted in the U.S. Navy at age 37. 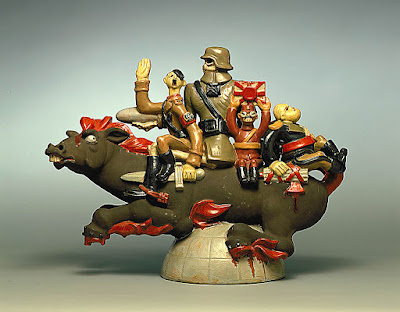 As commentary on the events of WWII, Shreckengost created a frightened horse riding over the globe carrying caricatures of Death and the leaders of the Axis Powers. He combined recognizable symbols with cartoonish portraits of Adolf Hitler, Death, the Emperor Hirohito, and Benito Mussolini and set them in a story from the Bible about the coming of the Apocalypse or the end of the world.

Viktor Shreckengost used his art to address a unique conflict in the family of man. His goal was to use a story about the end of the world to scare people into awareness and action. 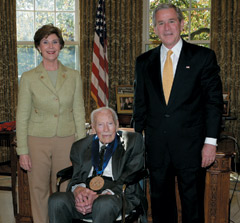 In 2006 at the age of 100, Viktor Schreckengost was awarded the National Medal of the Arts by President George W. Bush. After a life spent creating, designing and teaching, he died in 2008 at the age of 101.
Posted by Nancy Worden at 11:19 AM 1 comment: