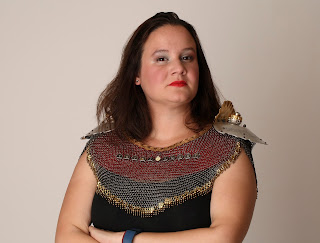 
For a couple of years I’ve been reading articles about an uptick in hostility by way of electronic messaging. Politicians and celebrities send lewd photos or hateful texts, forgetting how easily they can be retrieved and used against them. Students tap out hostile twitters about the professor to other students in class, but it’s OK if no one gets caught. We say things in a text or an email that we would never say to someone’s face. Politeness, respect and etiquette have gone the way of privacy and state secrets. 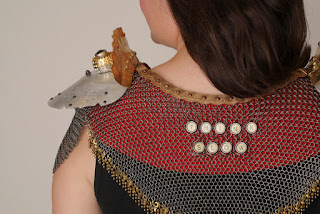 Sherry Turkle is a psychologist at MIT who has been studying the effects of electronic communication on human relationships since the 1970’s. She wrote a book, Alone Together, describing her research that I found very depressing. Her TED talk is easier to digest and this quote says it all:


“We fear the risks and disappointments
of relationships with our fellow humans.
We expect more from technology and less from each other.”

Turkle is concerned that people are becoming dependant on their devices for company and are forgetting or not even learning the value of engaging with other people face-to-face. Here is a quote from an 18-year-old male she interviewed in her research:

“Someday, someday, but certainly not now,
I would like to learn how to have a conversation.” 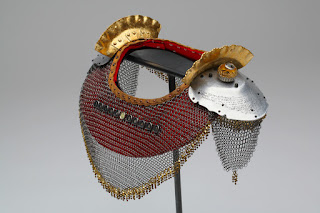 Distilling my thoughts on this cultural challenge into a piece of jewelry was very difficult. I chose to use steel chain mail in an armor situation, thinking it would be lightweight and easy to wear. My design influences began with historical chain mail worn by foot soldiers in Medieval Europe combined with Tudor era plate armor and a nod to 18th century military uniforms. Then I progressed towards Edwardian handbags and the drippy, bugle-bead-encrusted-dresses worn on Downton Abbey. I hung it all off a heavy wool felt base for flexibility. A mantle is an old word for a shawl or cape. 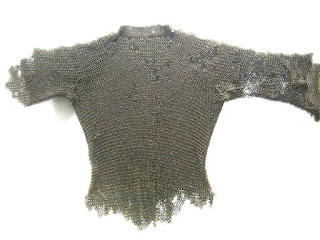 Steel chain mail hauberk or coat, Western European, 16th century.
"Mail is a network of interlocking iron or steel and occasionally brass rings whose density and tight construction created a surface resistant to the sharp edges of cutting weapons."
Arms And Armor in the Art Institute of Chicago. 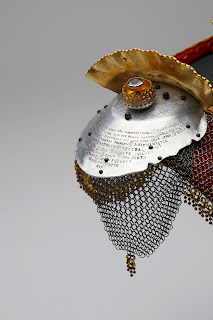 The icing on the cake was stamping the epaulette-like shoulders with Turkle quotes and NetLingo, the new language evolving from texting. (You can actually buy a NetLingo dictionary!) 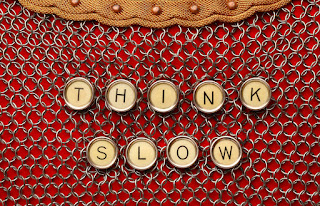 My goal is to empower the wearer with authority and fortitude and combine it with a message of temperance to deflect textual assault. THINK SMART before sending a message and THINK SLOW to insure your message is one you won’t later regret. Now if I can just learn to follow my own advice.
Posted by Nancy Worden at 4:20 PM No comments: