There are days when I hate my job. I'm talking about the days when the computer is wacky and the phone is ringing constantly and we run out of propane 10 min. before the gas company closes. Fortunately, those days are offset with truly golden days when I know that my studio has created something really special.  What follows is a true love story.

Chris and Elizabeth had been partners for 16 years. 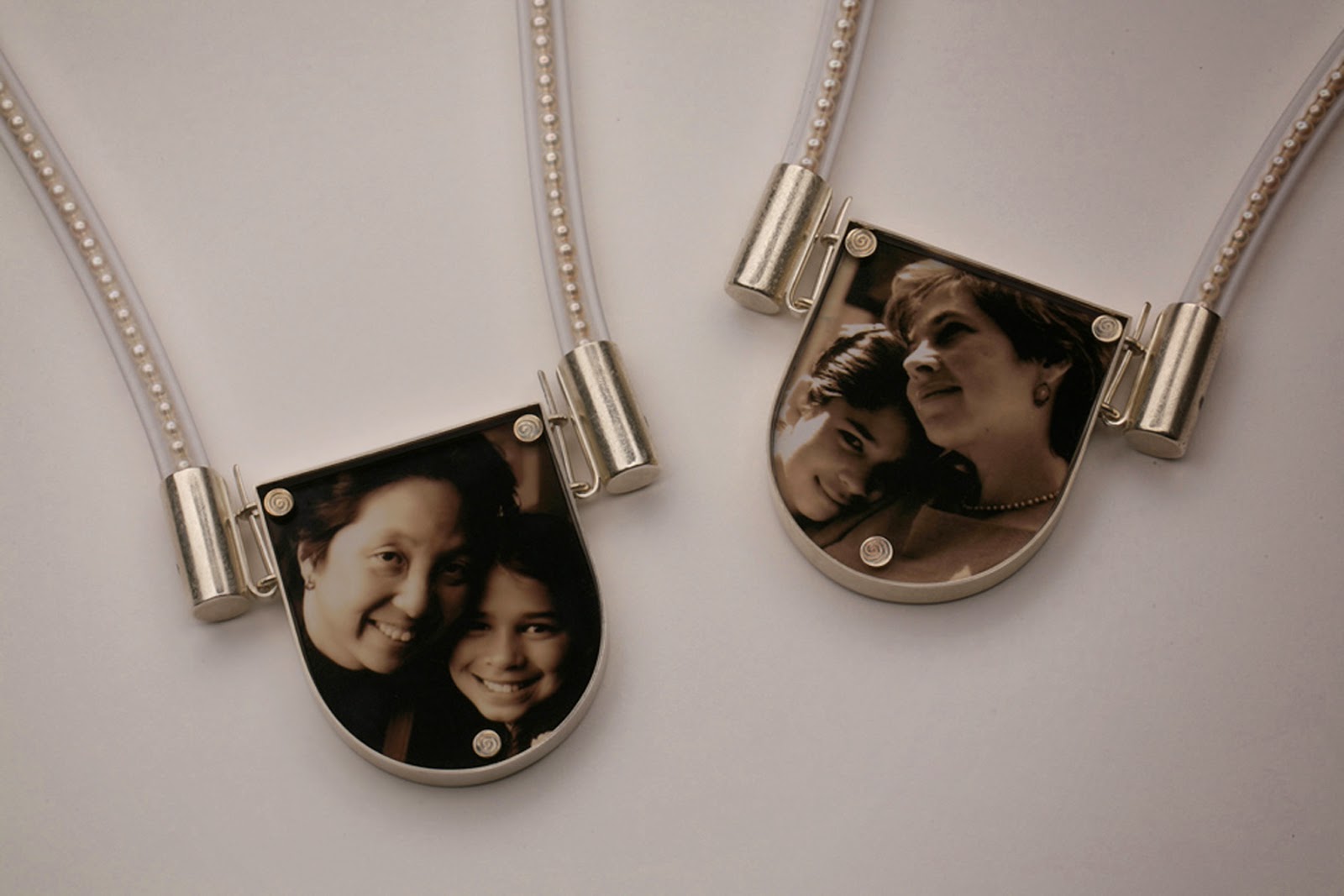 During all that time Elizabeth told her family over and over that she was never going to get married.
Then the Supreme Court overturned the Defense of Marriage Act and she and Chris started thinking about how easily the unthinkable can happen.  In 2001, their beautiful daughter Tessa, perished in a freak accident so they knew not to take anything for granted.  They started planning a secret wedding and asked me to make necklaces that would symbolize this important rite of passage. 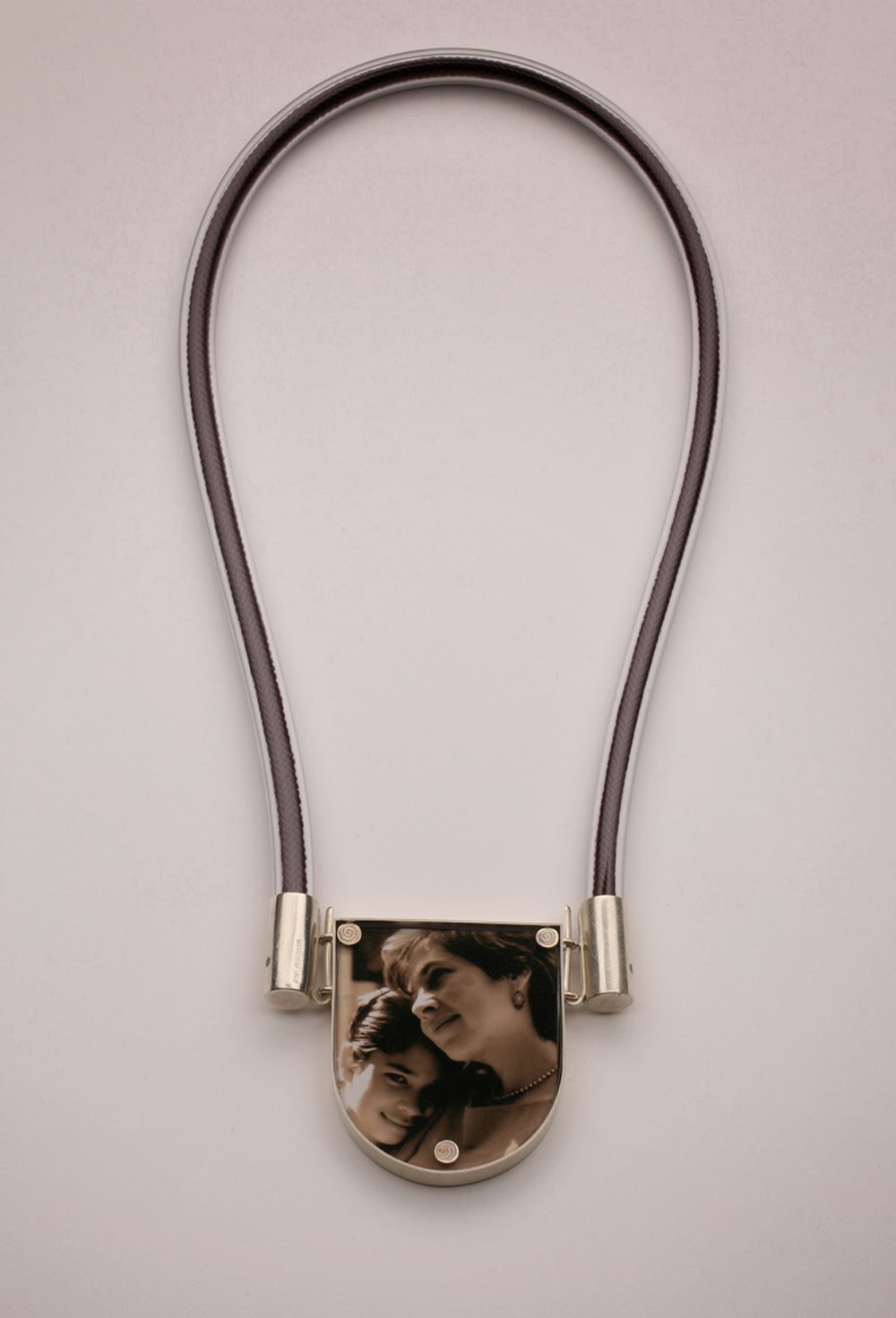 I swore to secrecy, but I had to let the people in my shop know. A total of 9 different women worked on these necklaces;  I came up with the design, Chris had a picture she had taken of Elizabeth and Tessa and Elizabeth had a picture she had taken of Chris and Tessa. My assistant Sarah Owens made the silver boxes and designed the clasps, Angel O'Leary scanned the originals and adjusted the scans in Photoshop, Tracie at Panda shepherded the new prints, Carol Frances engraved the words on the reverse, Midori Saito polished the completed silver constructions, and my daughter Avery Reed ran around the city of New York to find just the right color of cord.

The reverse is just as beautiful as the front of these open lockets, 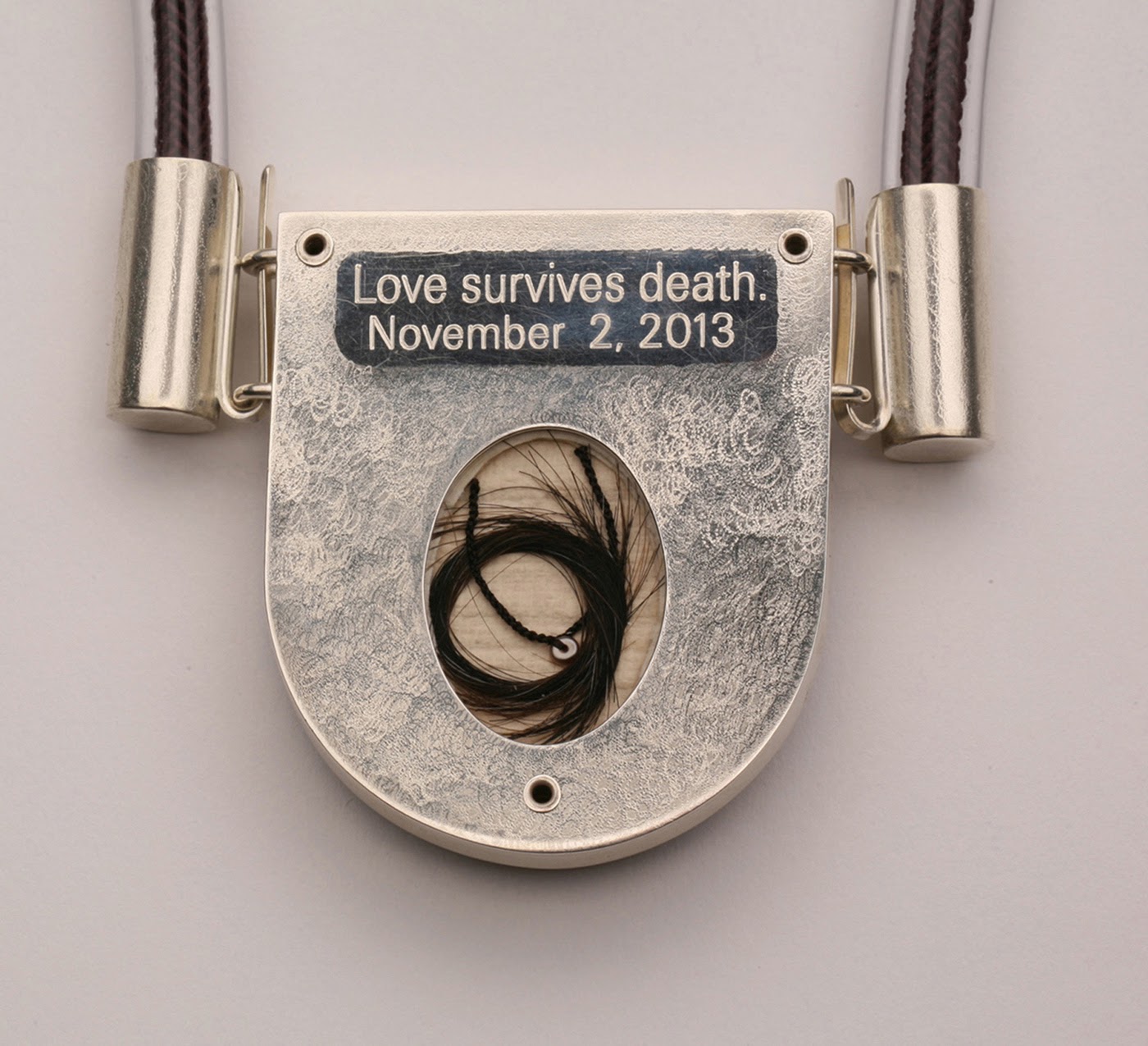 and in a special cavity, locks of hair from Chris, Elizabeth, and Tessa are intertwined forever.
The necklaces have interchangeable cords for formal or casual attire.

Chris and Elizabeth were married on November 2, 2013 and they somehow, magically, assembled their families at the courthouse without anyone realizing they were going to a wedding until it began.
I am so honored to have been chosen to make their family heirlooms.
This is as good as it gets for me. 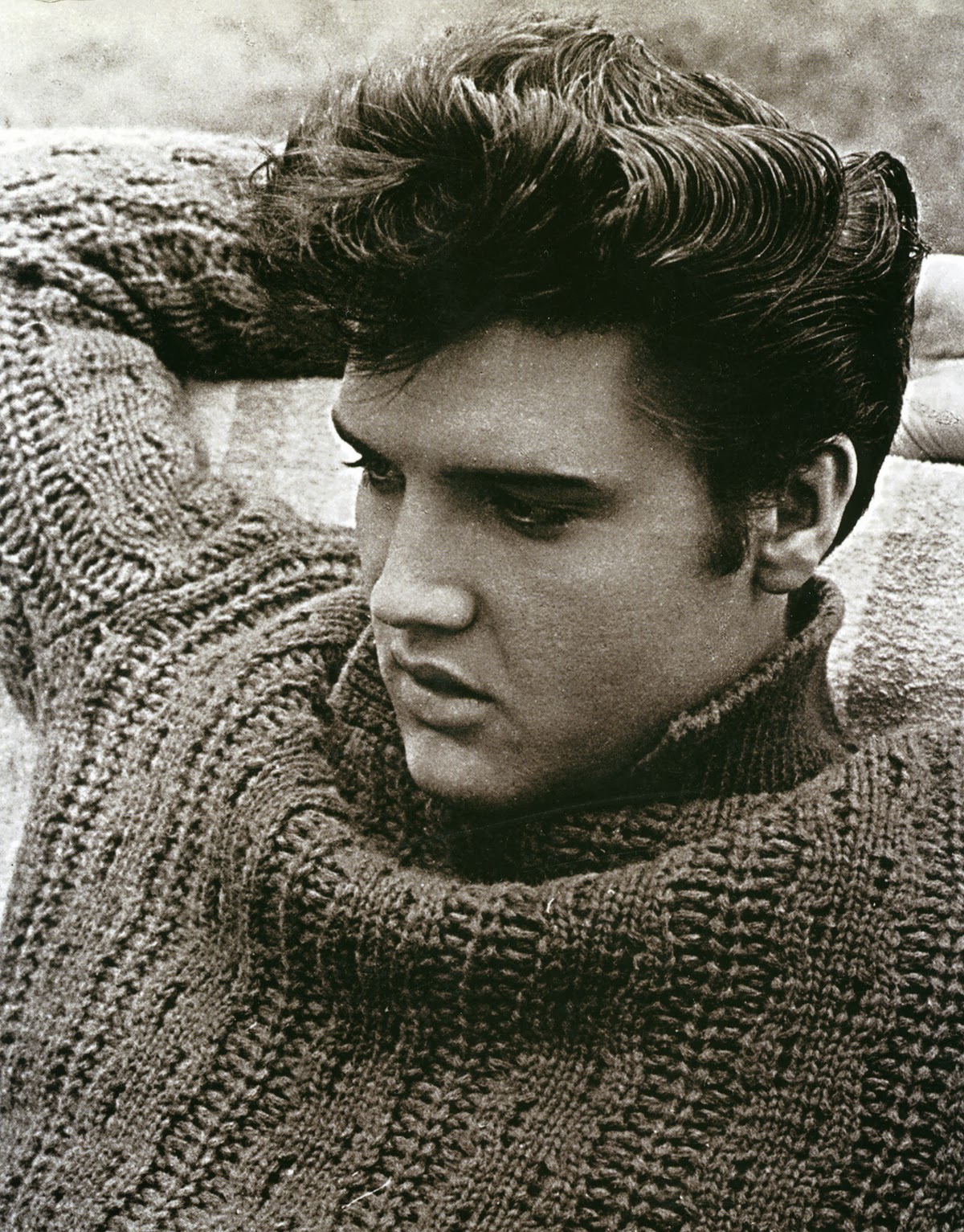 Elvis Aaron Presley was born on January 8, 1935 in Tupelo, Mississippi.
At 10 years old, Elvis received his 1st guitar, an inexpensive model purchased by his mother at the Tupelo Hardware Store.  His father, Vernon Presley, worked odd jobs and in 1948 moved the family to Memphis, Tennessee hoping for better prospects.  In Memphis, Elvis was exposed to the music that was happening on Beale Street; black rhythm and blues and gospel music.  The influence of that music and the people he met in Memphis can't be over emphasized.  Due in part to where he grew up and the people he had access to, he became the hottest entertainer America and the world has ever known. 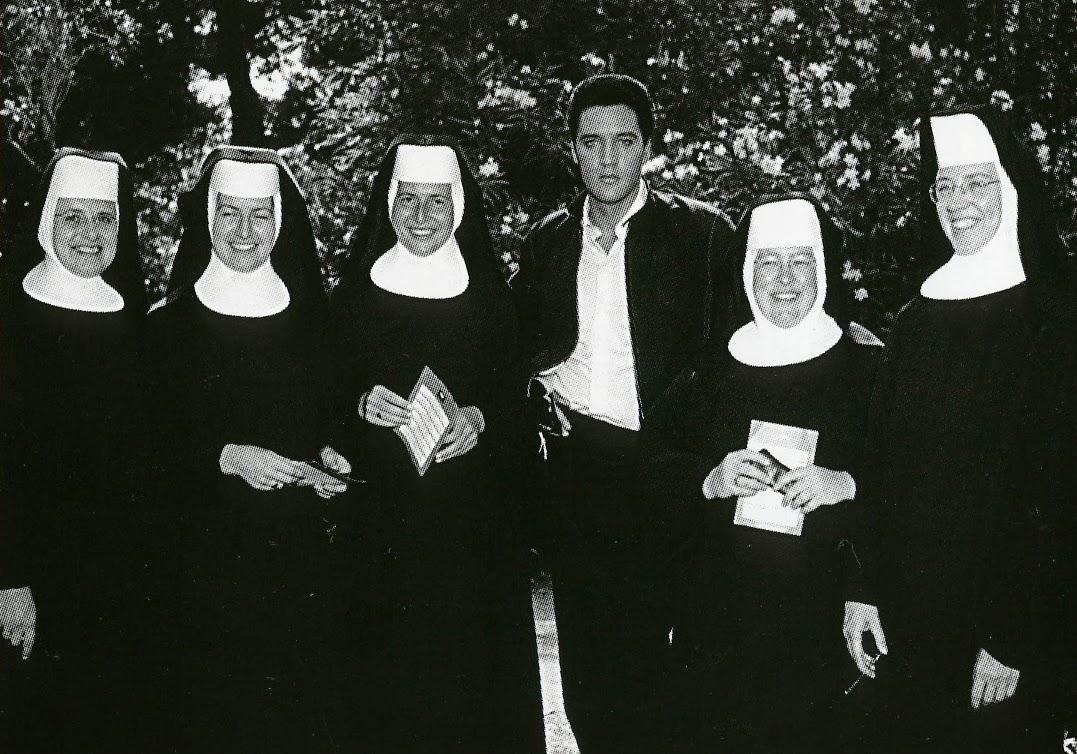 I was born in 1954, just when his career was really taking off.
My parents were not Elvis fans: my dad had a big jazz band collection and my mom listened to Broadway show tunes. They were just a little too old to be screaming teenyboppers when Elvis hit his stride in 1956.  The 1st time I heard his music, I was  a college student listening to the radio in Ellensburg, Washington.  In the 1960s and 70s, KXLE, the local radio station, played country-western during the day and rock from 7 to 9 at night.  I think the 1st Elvis song that I noticed was In The Ghetto and I also remember hearing my favorite Elvis song of all time  Kentucky Rain. 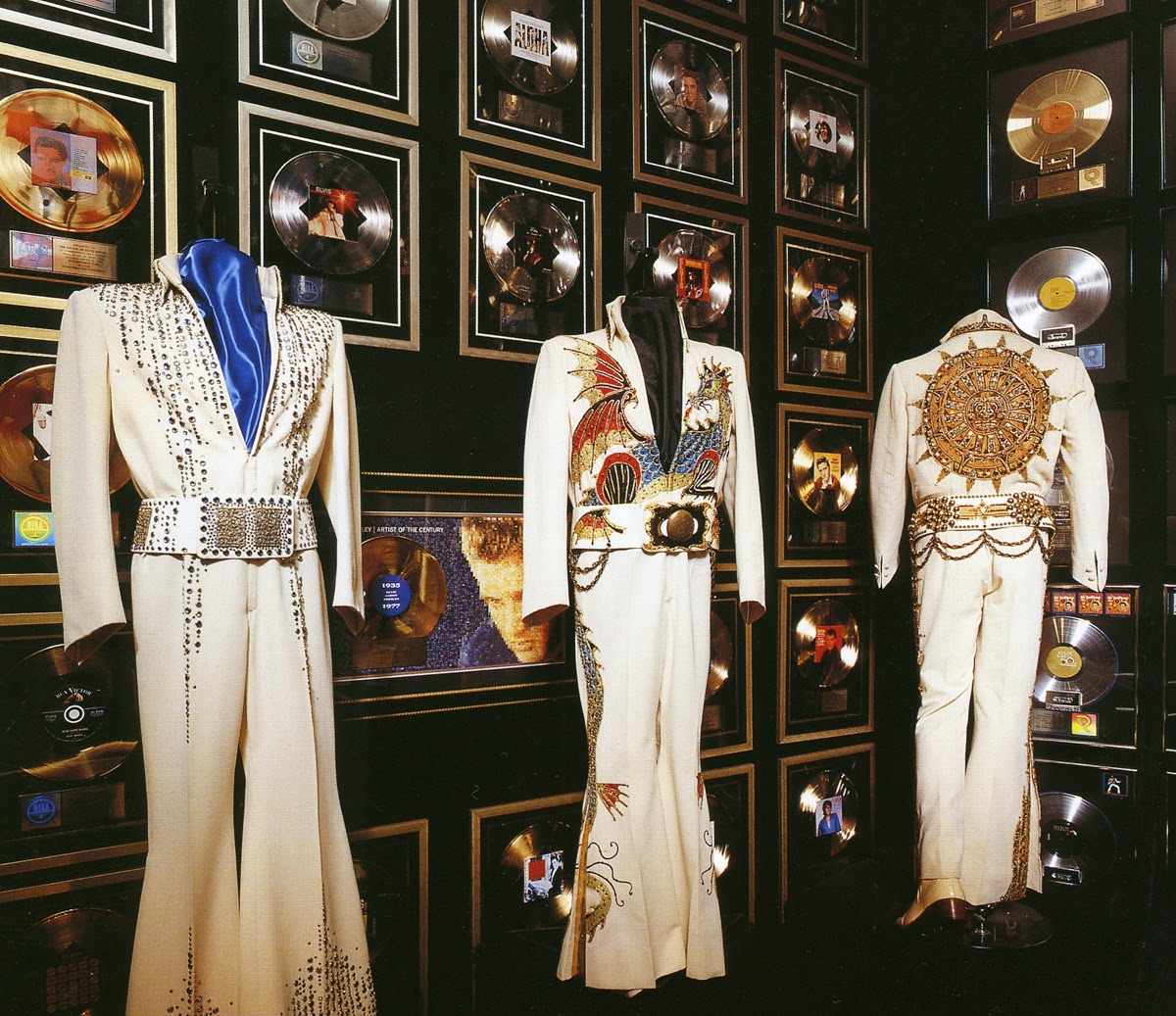 Three of  the fabulous costumes Elvis wore on stage in the 70s shown here in the room at Graceland that is completely covered in gold and platinum albums. 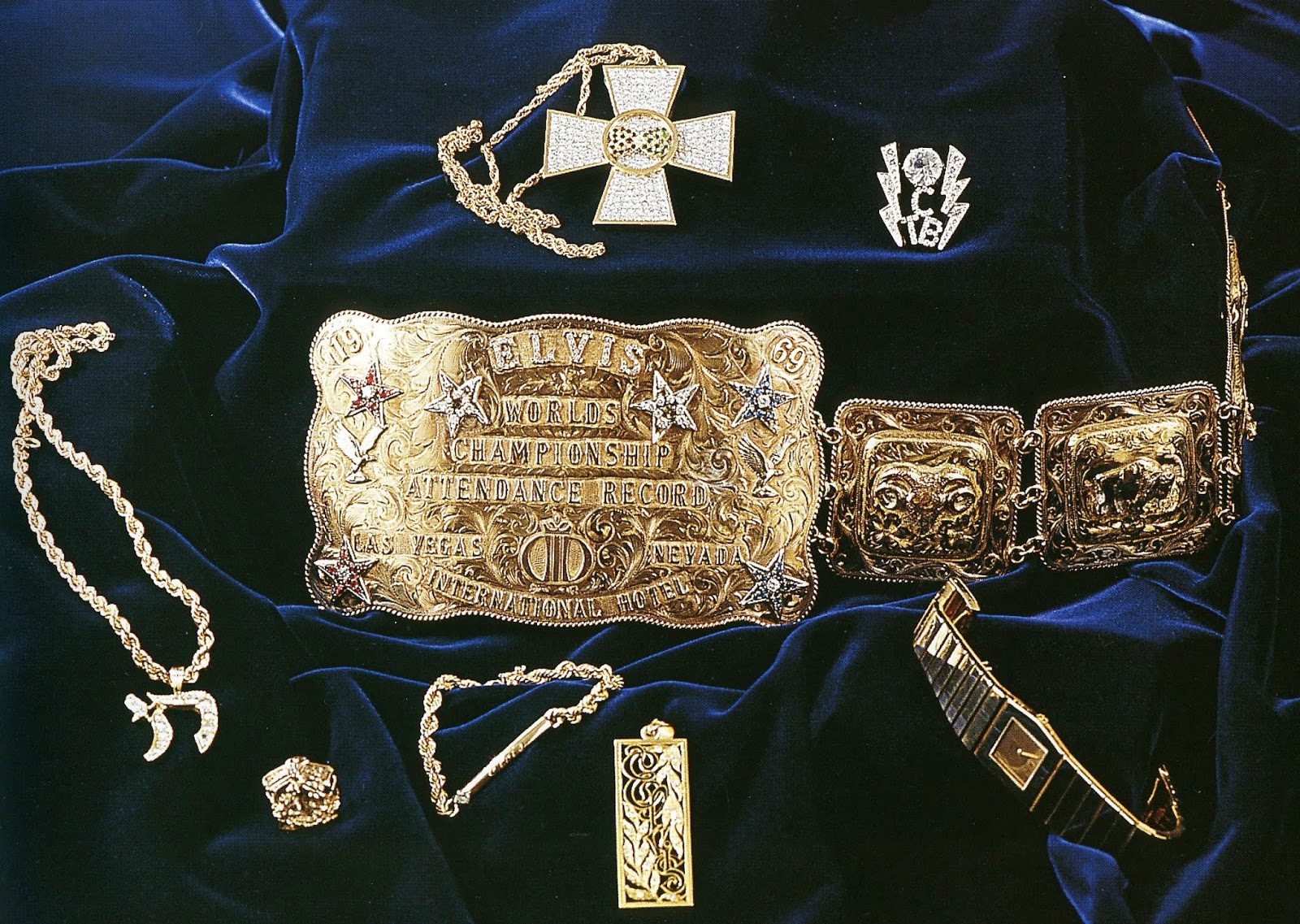 Custom jewelry made for Elvis, including the belt buckle which was presented to him by the International Hotel in Las Vegas, in recognition of his breaking all Las Vegas attendance records with his 1969 engagement there. 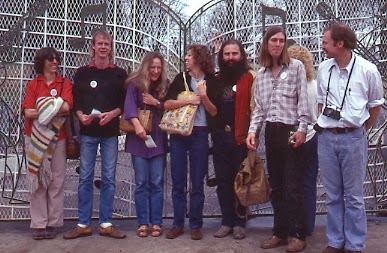 When Elvis died in 1977, everybody mourned.  In 1978 I moved to Athens, Georgia for graduate school and in the spring of 1979 a group of us went to Memphis for a conference. We made a pilgrimage out to Graceland and took a group photo by the gates (I was holding the camera).  It wasn't the tourist attraction then that it is now. In 2006, I returned to Graceland and did the whole tour with hundreds of other people. By that time I was more acquainted with his larger body of work and understood his contribution to American culture.  What was so special about Elvis?  The music critic, Lester Bangs, wrote in his obituary published in The Village Voice on August 29, 1977,
"Elvis was probably the last thing we all are going to agree on."

Amen to that. Long live the King of Rock 'n Roll.
Posted by Nancy Worden at 6:02 PM 2 comments: