A long time ago I spent many hours driving around photographing folk environments.
A folk environment is an art installation usually in the yard of someone's home created by an untrained, but passionate artist. Sometimes these artists are called outsider artists. 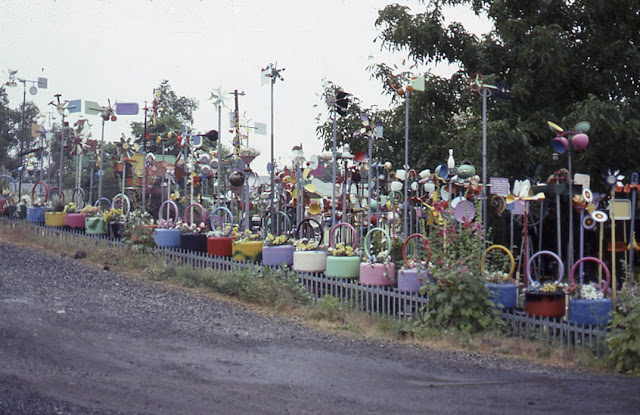 In 1978, my friend Ken Cory and I drove to Coulee City to photograph the whirligigs of Emil Gherke. Emil had worked on the building of Grand Coulee Dam and he was a creative type. It can get pretty windy in that part of Washington, so he made whirligigs out of washing machine parts, old toys, vintage coffee pots and a lot of other things he picked up at rummage sales and thrift stores. He was amazing at coming up with combinations that would spin in the wind and were delightful to the eye. 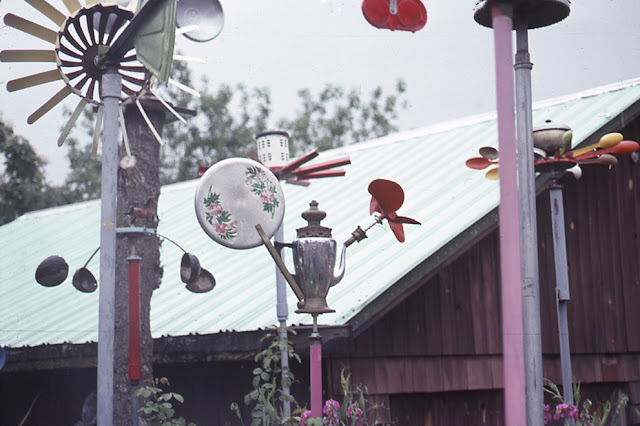 At that time Mr. Gericke still lived in his little house, surrounded by his wonderful creations and a fence made of washing machine basins painted the colors of the rainbow. 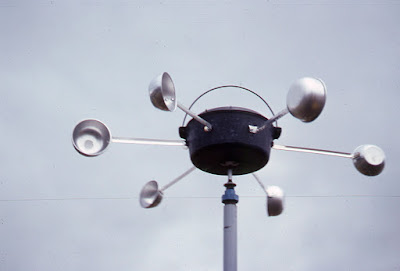 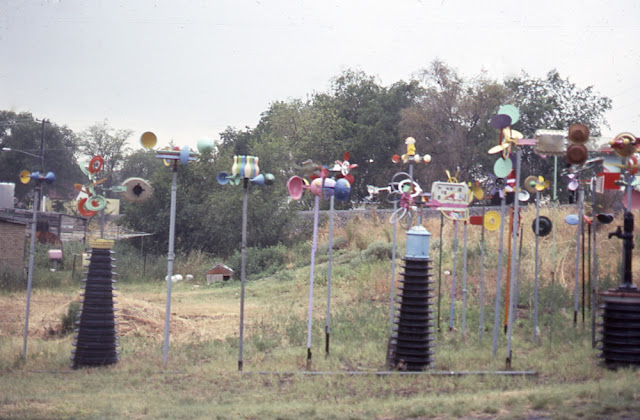 Fortunately it was a gray day when we were there, so we weren't fighting dark shadows.
These images were shot with my favorite film, Kodachrome 64. 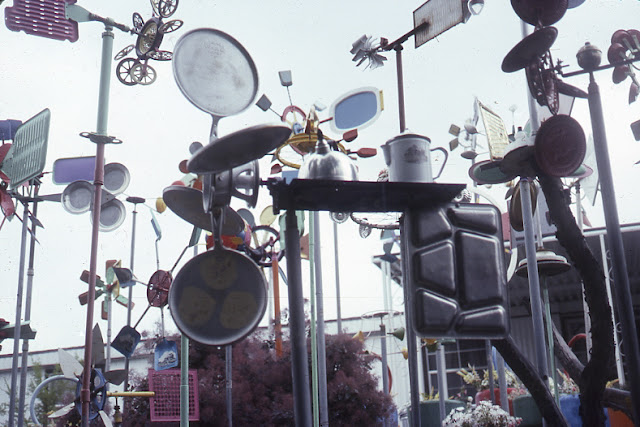 11 years later I returned to the dam area but Mr. Gherke had passed away. They built a park near Lake Roosevelt with some of his whirligigs and I know that a few of them came to an electrical substation in Seattle. The whirligigs were still incredible even though they were surrounded by a cyclone fence instead of the  original washing machine fence. 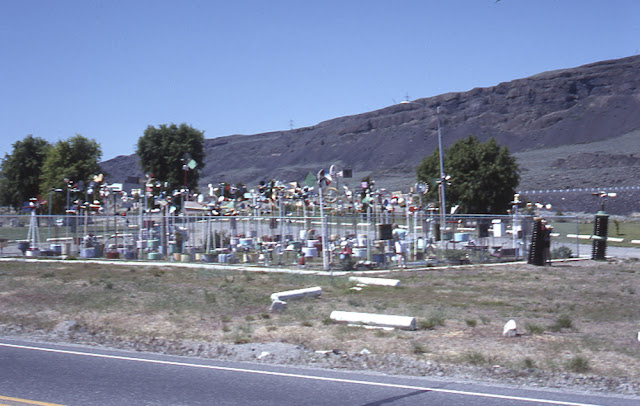 There aren't as many folk environments around now because the people who built them aren't around. Most of the folk environments that I photographed were built by people of my grandparents generation.  These were people who grew up on farms and knew how to build things. They enjoyed creating a roadside attraction to attract tourists on road trips. Nowadays people travel to foreign countries in airplanes and they don't know how to make anything.  Has anyone seen the whirligigs at Lake Roosevelt recently? I would really like to know if they are still there.