My mother, Lillian Clark Canzler, grew up in Twin Falls, Idaho. Both of her parents, Earl and Esther Clark also grew up there. My grandfather was a meat cutter and a talented storyteller.  Earl and his brother Wayne were raised by Aunt Caroline, their mother's sister, as their mother died when they were quite young. Grandpa would tell us stories about Caroline and her sister Laura and how they came out West in covered wagons from Kansas and homesteaded near Twin Falls. There were dozens of Aunt Laura and Aunt Caroline stories and he always got big laughs whenever he told them. 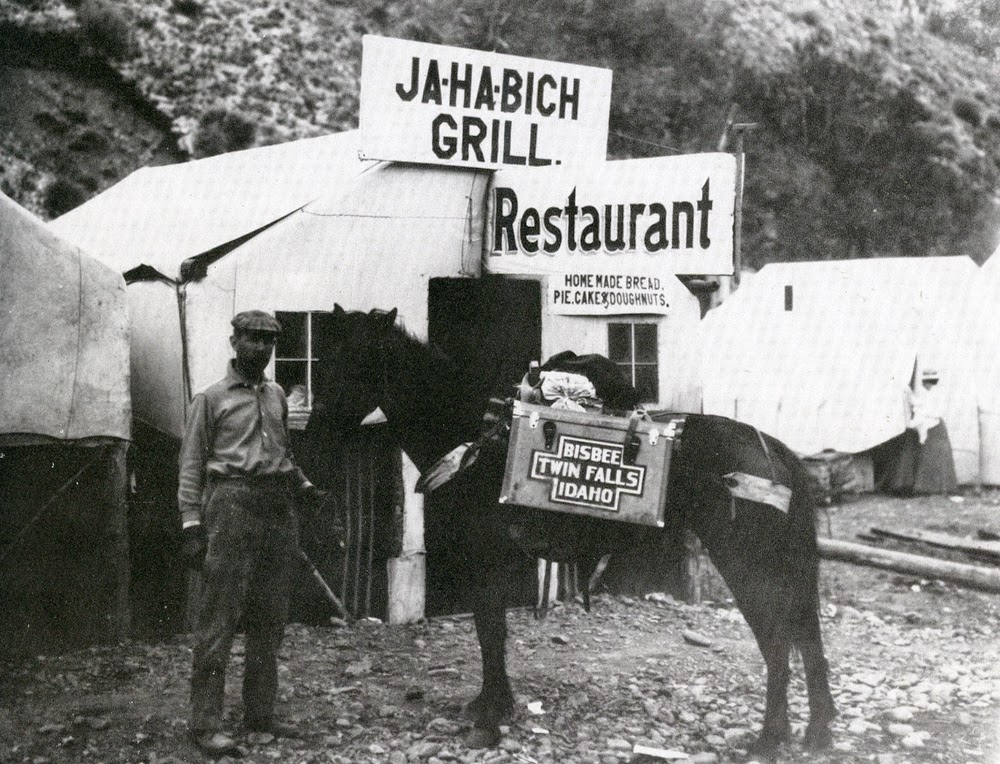 Caroline Starr Atnip was a farmer and married to Uncle Maird, but she also had a close friend, Clarence Bisbee, the husband of her late best friend whom she had promised to care for. Mr. Bisbee was a photographer and documented life in the early 20th century around the Twin Falls area. He was quite successful and built a large brick studio in town with an inscription above the front door that read,
life and art are one. 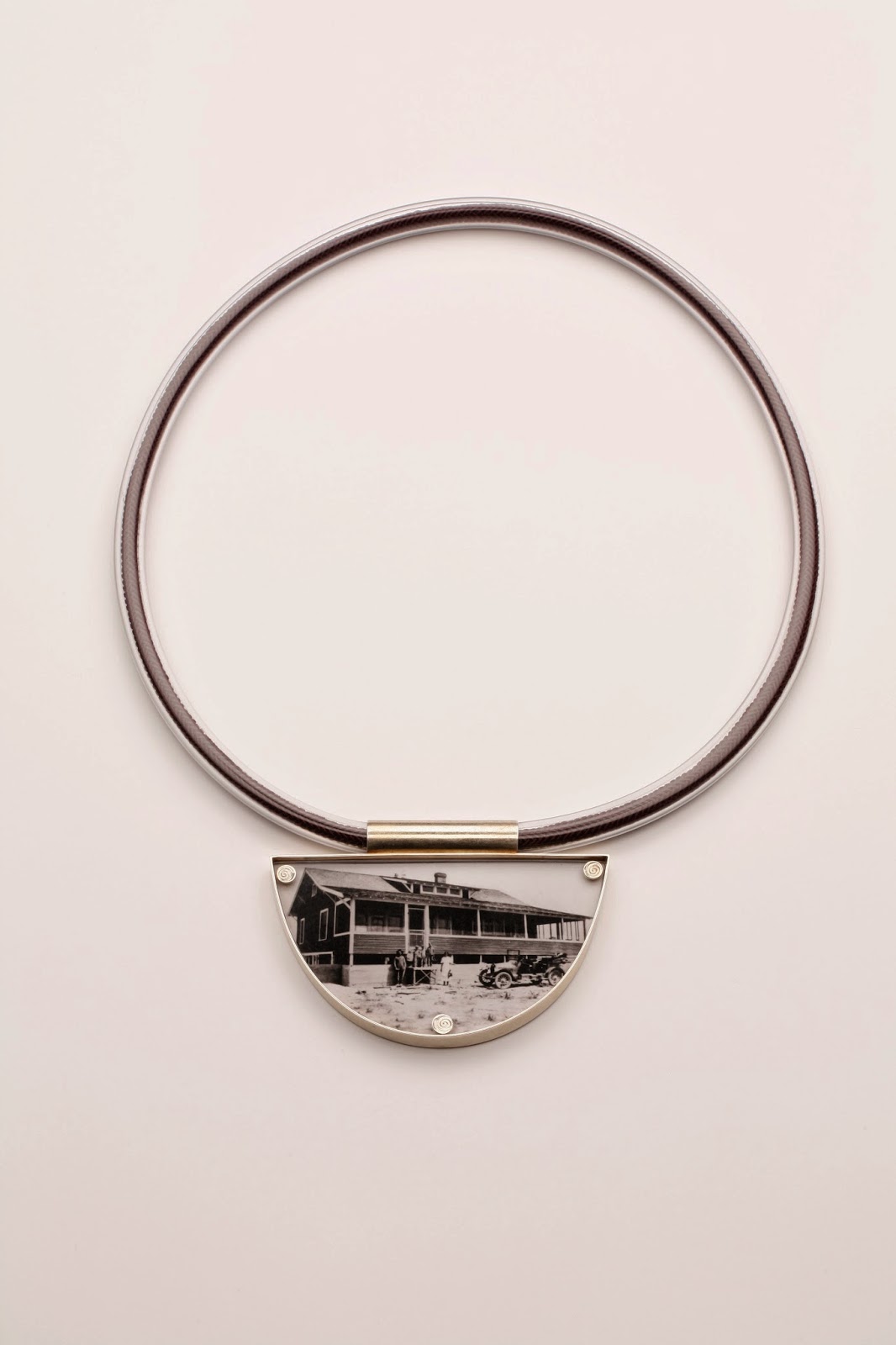 Front view of Notus pendant
Last fall, Stuart Grover commissioned me to make a necklace for his partner Pam. He wanted the necklace to include an old photograph of her family's cabin in Notus, Idaho, where Pam had happy childhood memories. After some discussion we decided that the front of the necklace would have the cabin picture and I would look for a photo of the Sawtooth Mountains for the back of the necklace. 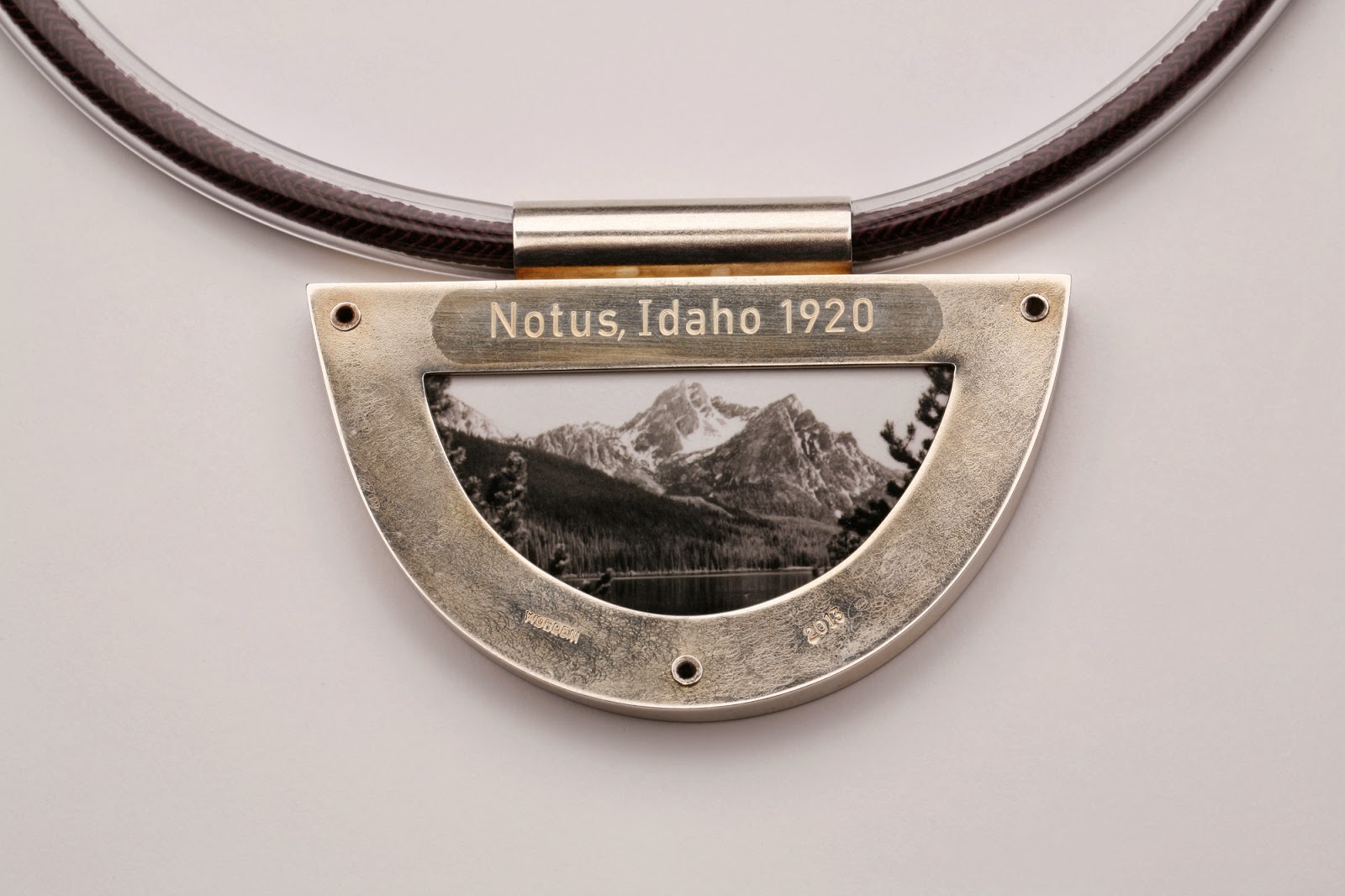 Searching for a black-and-white photo of the Sawtooth Mountains, I went to eBay and typed in “vintage Idaho postcards”. Up popped 3 postcards: one was a beautiful, sharp photograph of Stanley Lake with the Sawtooth Mountains in the background and the other two were photographs of the Twin Falls on the Snake River for which the city of Twin Falls was named. Some time in the early 20th century one of the falls was dammed but these two postcards were taken before the ugly dam was built. Both postcards were signed, Bisbee, in the lower right-hand corner. I immediately ordered all 3 postcards and when they came, Mr. Bisbee's postcards were in mint condition and postmarked 1913 on the back, making them 100 years old. My mother had searched for photographs by Mr. Bisbee and found a book about early Idaho photographers that contained some of his early photographs and a chapter about him, written by Arthur A. Hart;
Camera Eye On Idaho: Pioneer Photography 1863–1913 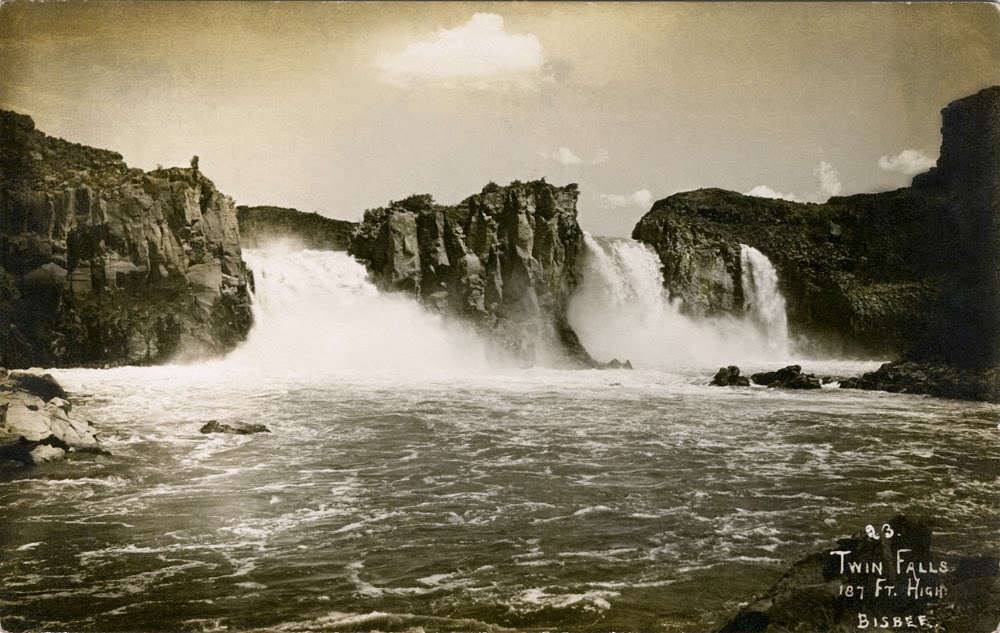 I was so mad I couldn't call Lillian and tell her about my discovery! However I called her siblings and they shared my amazement. I scanned the original prints to share with them and with all of you here. It just goes to show you that Mr. Bisbee was right; life and art are one. 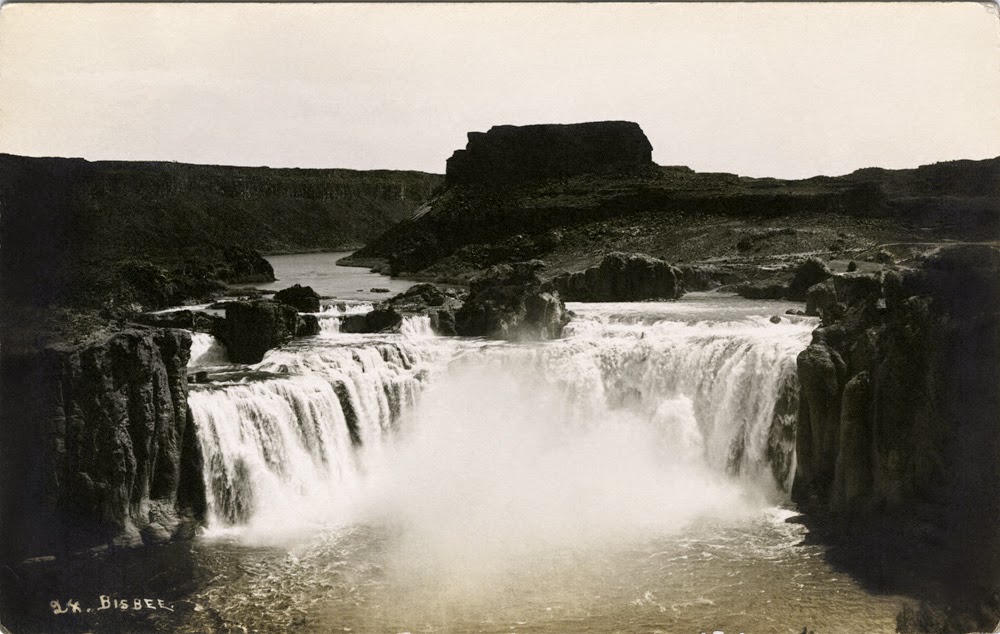