It's that time of year when there are just enough nice days to start contemplating outdoor home repairs. I'd like to tell you that when I'm in my studio I think about the meaning of the universe and other lofty thoughts, but the truth is what I've been thinking about lately is new gutters and Drainage. My studio is in an elderly building, 94 years old, and every year when it's dry outside I try to prepare for the winter to come. I have French drains under the building, French drains around the building, and a system of grilled drains around the lot that channel rainwater into a collection box and then out to the city sewer line. 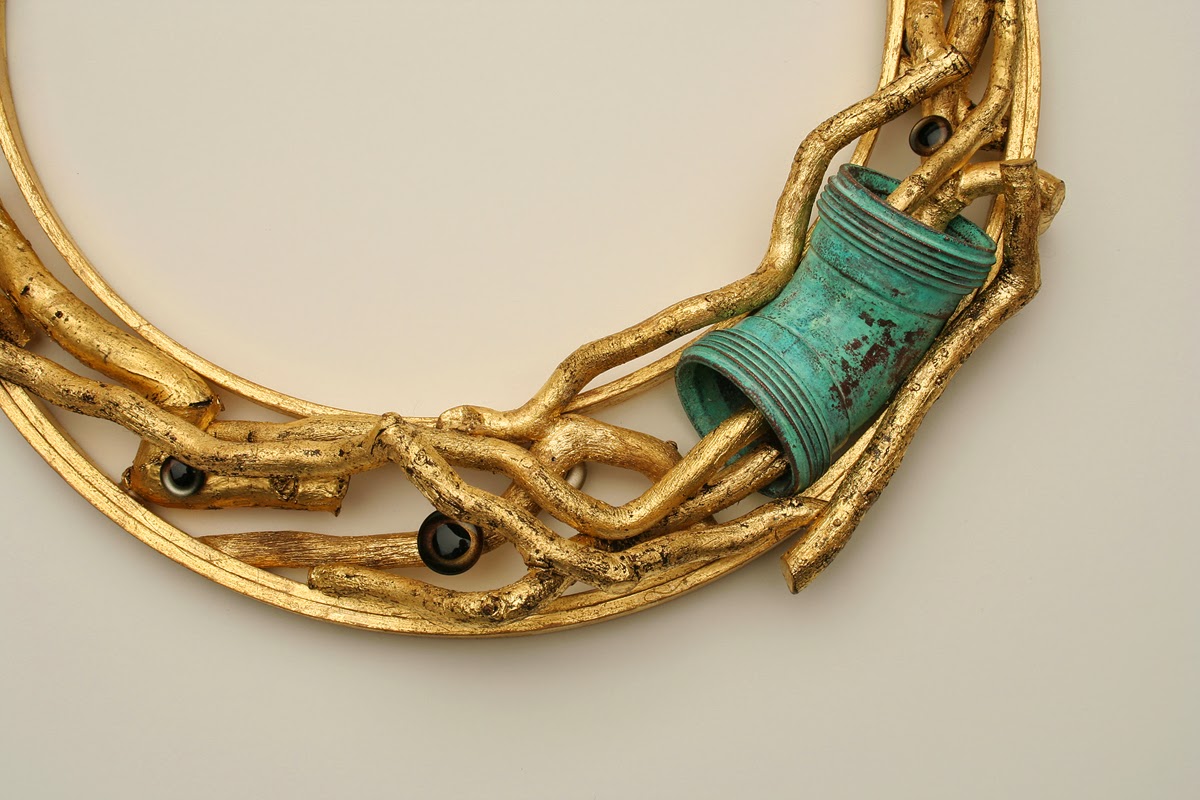 The fall of 2010 I was feeling especially smug because I had the new outdoor drains. When the first winter storm hit and the basement at the studio flooded I was angry and confused. The culprit that year was tree roots in the sewer line, something insurance companies refuse to cover. The plumbers that responded to my rescue sent out a very calm and experienced individual who explained to me it was going to cost $1000 a foot to fix my sewer line. It took awhile to sink in, but eventually I asked, "Do you take Visa?"  The experience inspired the wall collar pictured above. We gold leafed the entire frame and added some glass eyeballs to ward off evil spirits. It hangs on the wall near the door of our house to remind me that in any contest between Woman and Nature, Nature will always be the winner.

Today I went online to view the public art collection owned by the City of Seattle, especially the work commissioned by Seattle Public Utilities and Seattle City Light. They have commissioned 31  permanent site art projects and a third of those are about or in some way deal with water.  Below are some of my favorites, find their locations via the link.
http://www.seattle.gov/arts/publicart/permanent.asp?cat=6 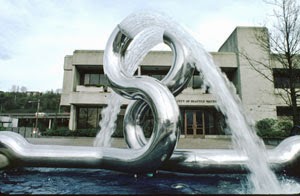 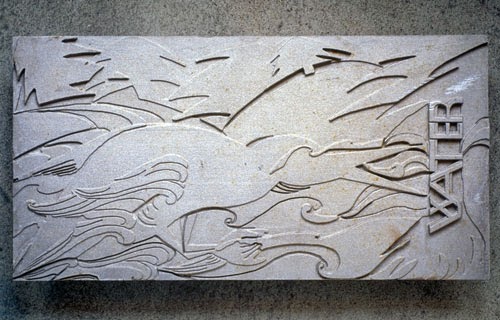 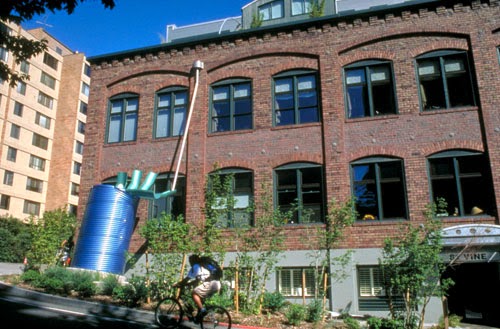 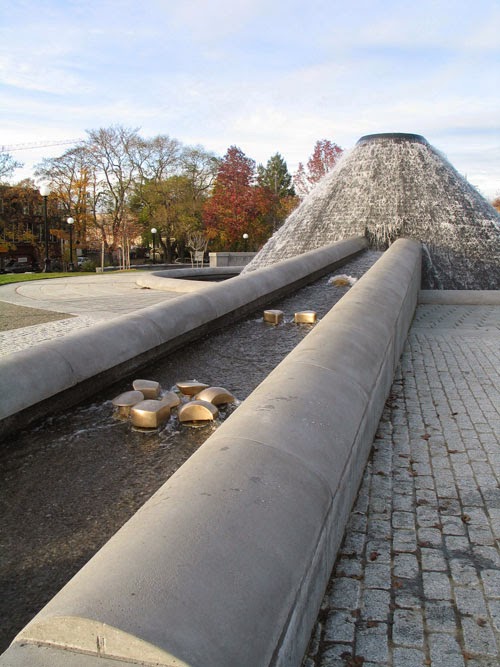